Get fresh music recommendations delivered to your inbox every Friday.
We've updated our Terms of Use. You can review the changes here.

from The Book of Waves by Erica Buettner 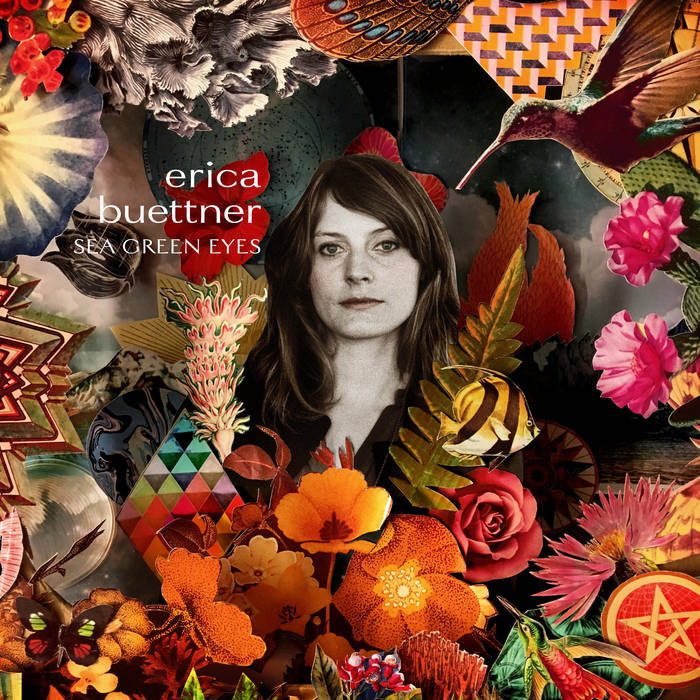 I wanted this song to start with a more minimal folky vibe but then open up into something fuller, inspired by a late 60s sound and the beautiful layers of Pierre Faa's arrangement. "Sea Green Eyes" encapsulates the ambiance of living in Lisbon, a sense of sunny-day melancholy, a feeling of foreboding when you're surrounded by beauty… It's also the feeling that things are going wrong, but slowly and in a way that's difficult to understand or stop. As in the kind of relationship that is alluring but ultimately unfulfilling and potentially even quite harmful. I love to play with nuances and double meanings, so it can be interpreted as a song with an ecological theme, where the "we" is not two people, but rather us as a species. "The Book Of Waves" often deals with our participation, active or passive, in an exploitative society. But I don't want to be didactic about this. I just want to honestly lean into this vulnerable space and inhabit it over the course of 11 tracks of storytelling and reflection.

The summer days are winding down,
They grind us in an oyster shell
If there’s a pearl formed inside
Only those trapped with us can tell
Sea glass is only smooth
Because it’s battered by the sea
A texture that I recognize,
A polish not earned easily

Sometimes we laugh and sometimes brood
Our moods are like a pendulum
The only true and constant thing
Contained within the way they swing
Outside the space around the weight
Abounds in possibility
But not for us, we abdicate
The throne of dreams for gravity

Special thanks to Jean Gillet, Helena Espvall & Derek Moench, and My Lady on Fire Recording Studios for additional recording sessions in Paris, Lisbon, and Boston

Erica Buettner is a singer-songwriter who moved to Europe at the age of 20 and spent the following twelve years winding her way through Paris all the way to the shores of Portugal before returning to New York in 2016. After illness and putting her music career on hold, Erica's long-awaited second album, The Book Of Waves, was released in October 2018. ... more